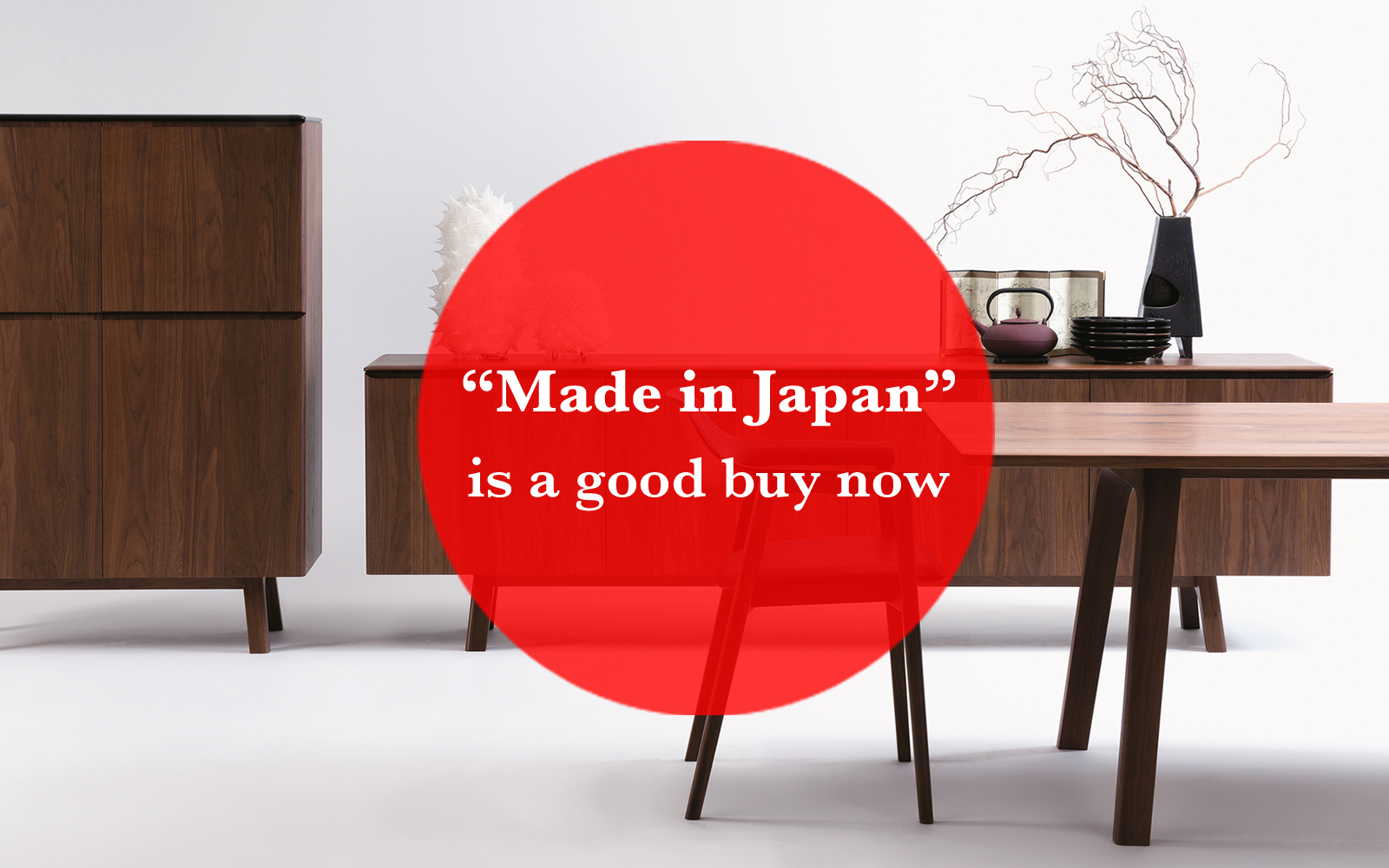 “Made in Japan” is a good buy now

You can get a Big Mac with drink
only for 5 dollars in Japan.

Last year, I went to Germany, China, US, India, Thailand, Vietnam, Philippines, Australia, New Zealand, Singapore, and Taiwan. Such many business trips overseas help me see Japan more clearly. One of the biggest discoveries I recently had about Japan is “prices are comparably cheaper.” Let me show you the evidence. Japan is the third biggest country in GDP but ranked 23rd in the World Big Mac Price Ranking (Jan 2019). Macdonald’s Japan might make bigger efforts, but it’s true that we have many other choices for lunch only for 5 dollars here in Japan. 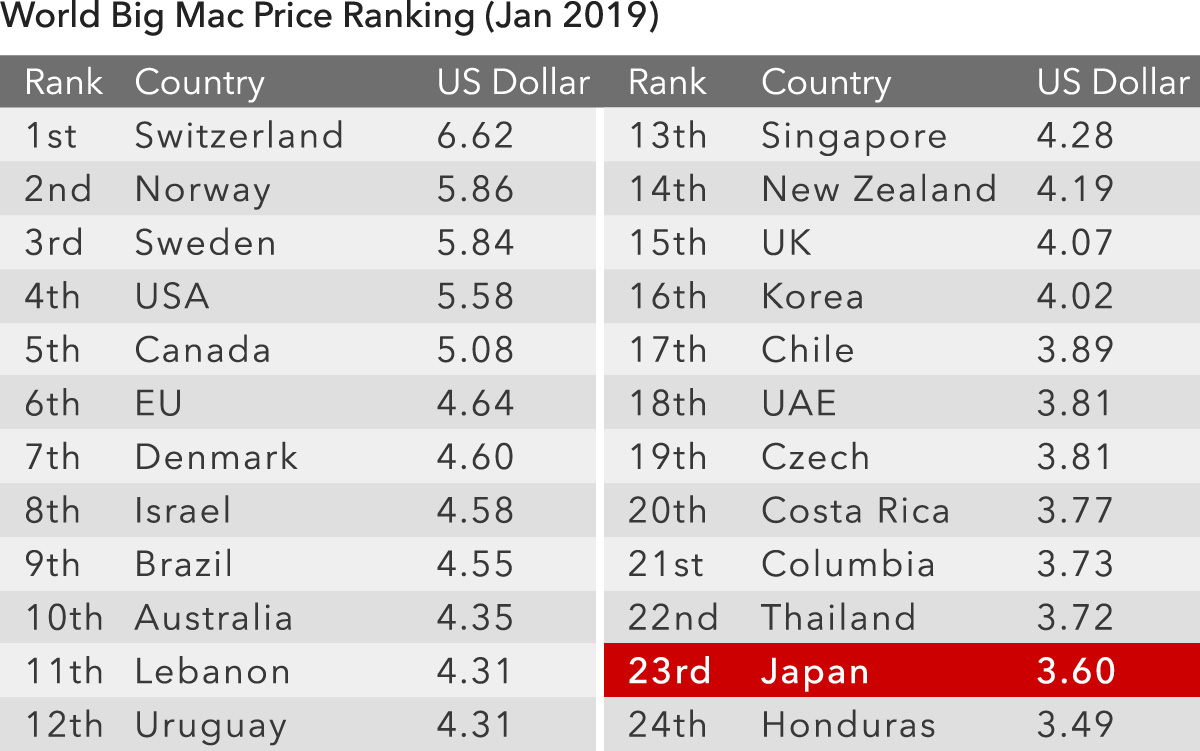 Why prices become cheaper in Japan

The huge bubble burst in 1991, and the Japanese economy completely collapsed. The era after the bubble burst was once called “Lost two decades” but is coming to be “three decades”. No worries. I don't mean to detail the causes of the long-lasting recession. It must be boring. Instead, just focus on people's mentality, I’ll share one of the causes why prices become cheaper in Japan.

The bubble burst was so huge that it took much time to recover (still halfway though). The chart below is Consumer Price Index from 1980 to 2019 where you can see it levels off from 1991. Can you imagine there’s a country of no rise in price for 30 years? Here we are! Sadly we are so accustomed with such a condition, and I think this would be the main cause why this recession lasts long. 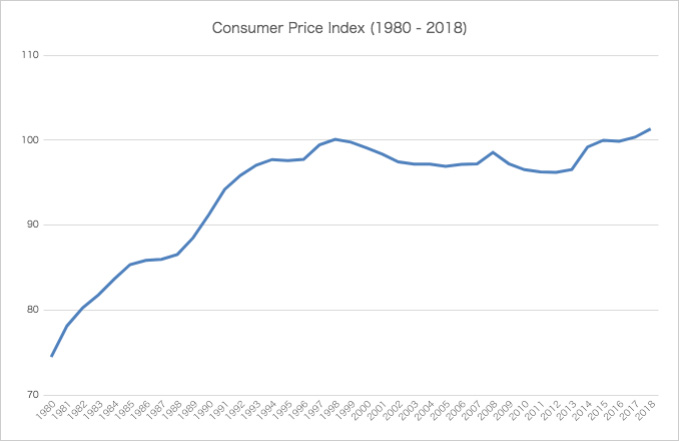 Consumers become too sensitive on price increase; producers keep salary low to avoid price increase accordingly. In other words, price increase gets considered to be evil in Japan while overseas markets take it for granted in the long run. Some people may still regard Japan as a big economic power in the world, but in reality, it’s a country where people live humbly with 5-dollar lunch.

Products are shrinking in size instead of a rise in price, to avoid backlash from the market.
Source of photo: https://blogs.yahoo.co.jp/momonnga5050/15664862.html

Japanese manufacturing is back!

Once Japanese makers dominated the world markets with their price and quality competitiveness but were gradually driven out by more price-competitive entries from developing countries. In addition, facing the long and severe domestic competitions, many of them were forced to withdraw from the market. Remaining survivors are companies of real value where people continue to work diligently even at lower wages. Japanese products were thought to be “good but expensive” in the past; they have changed to “good and cheap”. There’s no reason not to buy Japan (our products) now!