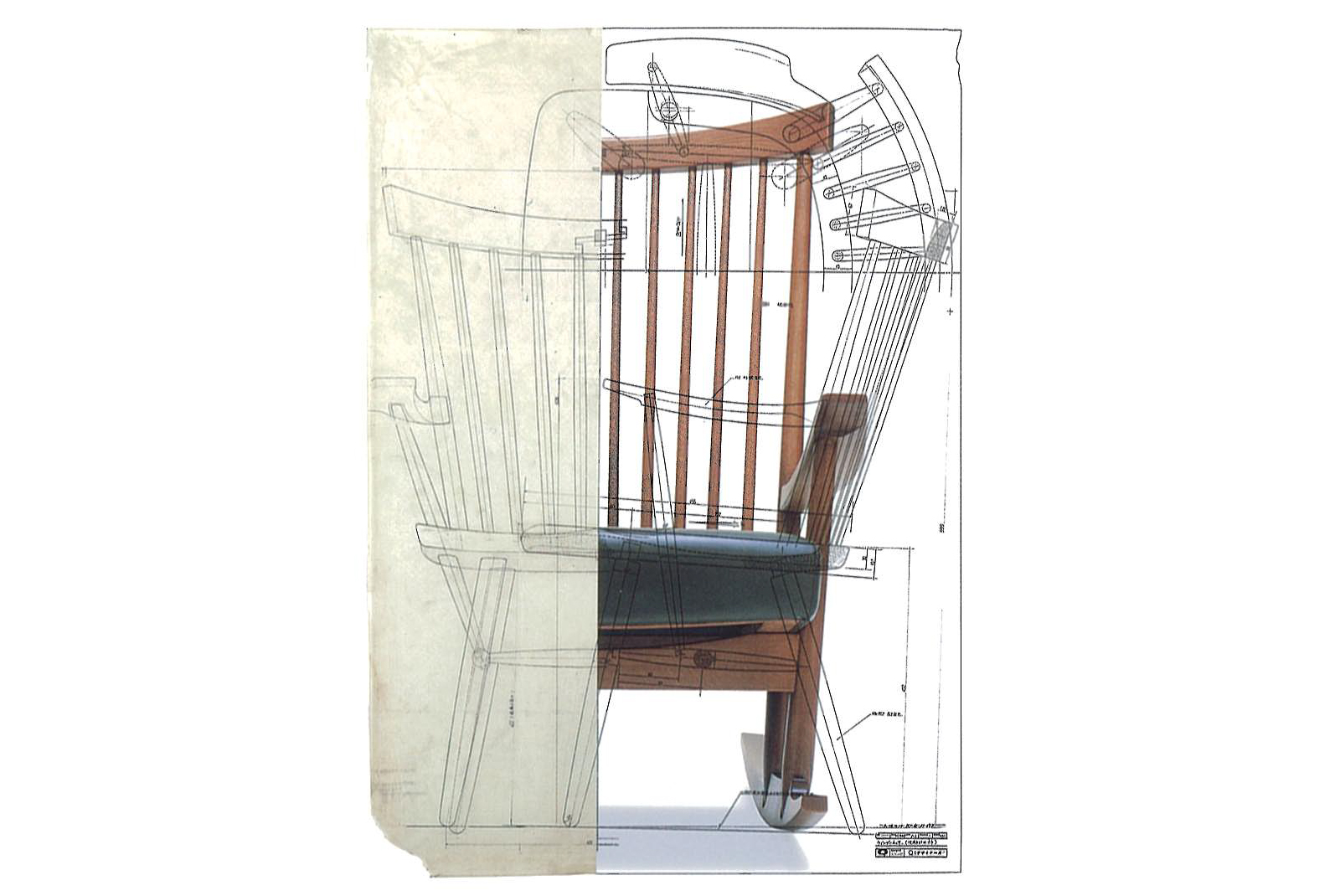 Collaboration starting from
Riki’s attitude to take on a challenge

The full-scale drawing derives from the RIKI WINDSOR collection, which started up in 1981 as the first collaboration project with a late renowned Japanese product designer, Riki Watanabe. In the following year, this chair was adopted in a hotel of which interior he designed. When receiving an offer from him, CONDE HOUSE’s president at that time was so moved in deeply feeling that the company finally got recognized as a quality furniture maker by the designer he always admired. It has become a mystery why Riki placed such an offer to us still nameless and young then, but as his first impression, “CONDE HOUSE has already had a strong policy of working closely with designers, and every member, from the president down to craftspeople, has shared the same,” said he.

Usually, rocking chairs require at least two or three trial productions because of the difficultly in meeting the center of gravity and rocking balance. One day, Riki visited our factory with the full-scale drawing. To our surprise, the prototype we made based on the drawing had the perfect balance in just one go. “The drawing was thoroughly considered and developed with our staff, and so, I was relieved about and proud of the outcome,” he later revealed. Riki-design distinguishing features can be seen in the slightly lower upholstered seating, the armrests trimmed off in the middle of the curve, etc. Riki commented, “I didn’t intentionally design the chair to be oriental, but it just resulted in a Japanese-style design.”

This story reminds us of past days with him. He always enjoyed fresh fish and local sake when coming to Hokkaido, which, we believe, would have enabled him to be active throughout his life.