When CONDE HOUSE just started up, planning to expand the factory with only about 30 members, a young stranger came visiting us. Then executive director was moved by his passion of wanting to design furniture, invited the young man at his house, and talked all through the night. From the next day, the young man joined the company without any formal paper work or interview, and was appointed to work at the factory. His eagerness of wanting to become a designer drove him to draw many sketches and to show them to the director over and over. Amongst them was a unique-looking sofa which was “ALP” sofa bed. This piece of furniture gave us a breakthrough: we took on a challenge in the molding technology. 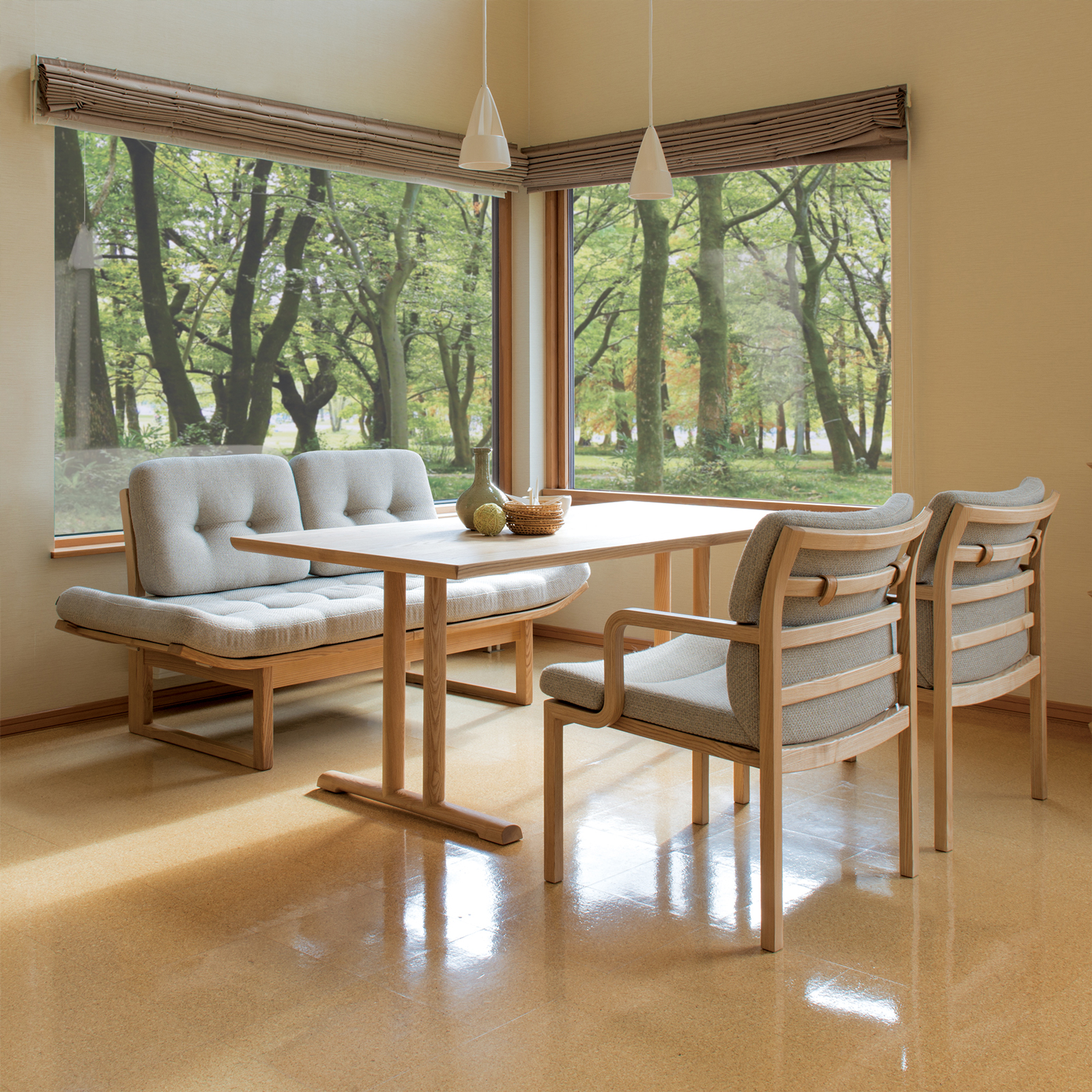 Overcoming many discontinuation opportunities, it becomes the longest selling item.

It has been 46 years since its launch. There were times when the sofa faced a crisis of being discontinued; however, it has now become the longest selling product of CONDE HOUSE owing to the support of customers. The secret to its longevity lies in the fact that it suits the Japanese lifestyle of lying down on a sofa. We believe another secret behind its popularity is the wide seating area seeming smaller than it actually is. Staff selling ALP sofas for many years said that wives persuade their husbands to buy the sofa for its lightness which enables them to move the sofa and clean the floor easily.

Nobody knows where the wanderer has gone.

About the young man designing the ALP sofa; he left CONDE HOUSE in a few years, and nothing whatever is known of him now. It’s such a shame that we can’t thank him face to face for leaving such a great masterpiece behind.